Posted on January 25, 2018 by Suzanne@PictureRetirement

We recently stayed at the Gasparilla Inn in Boca Grande, Florida for their Food and Wine Weekend.  While I wrote about that experience extensively, there is much to share about this island, beyond the food and wine festival. It is an island paradise that welcomes sun-seekers, nature lovers, fishermen, golfers, bikers, sea shell enthusiast and just about anyone looking for a place to disappear into the fabric of this 1950’s throwback village.

Gasparilla Island, home to the village of Boca Grande, which is located on the Gulf Coast of Florida, was first inhabited by Calusa Indians in 800 or 900 AD. To date, there have been at least nine artifact sites discovered on the island and more than 200 on nearby islands. Settlers (likely Spanish and Cuban) eventually claimed and developed the small island into a port for big game fishing (tarpon) and later for phosphate shipping.

Phosphate was shipped all over the country from this port for more than fifty years, eventually being surpassed by ports in Tampa and other parts of Florida. Left behind in the aftermath of the phosphate industry was a railroad, built in 1907 and the Gasparilla Inn, which was constructed in 1911 along with many other historic structures. Although Boca Grande remained inhabited throughout the 50’s and 60’s its revitalization (into what we have today) began in the 1970’s.

You can learn all of this and more by visiting the Boca Grand Lighthouse and Museum at the south end of the island. It is an easy bike ride from the Gasparilla Inn, or other downtown location.

Today, Boca Grande is accessed by a causeway which was built in the 1950’s. The old railroad track has been converted to a pedestrian walkway and bike path. Many of the original structures have been renovated and preserved and can be visited during a short walk down main street.

While the island serves as a winter retreat for most residents, there are about 1400 full time residents.  That in itself is intriguing since there are no gas stations, chain stores or fast food restaurants of any kind on the island. Cars are permitted, but the most practical means of transportation are, walking, bicycle or golf cart.

A visit to the Gasparilla Inn, which is still the crown jewel of Boca Grande is a must. Drop in for lunch and enjoy the ambiance of ‘old Florida’  before taking a leisurely discovery walk through town.

Don’t miss the oldest structure on the island, a 120 year old lighthouse located at the southern tip inside Gasparilla Island State Park. 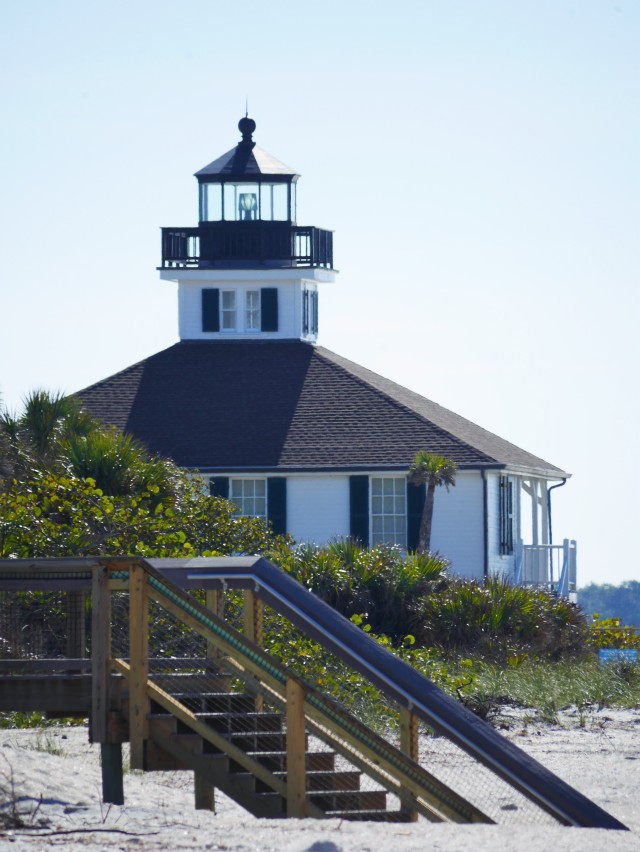 Wandering down the center of town, following the path of the railroad, while looking for the iconic banyan street and my favorite thrift store, is exactly what we were doing when we found this sweet little church. 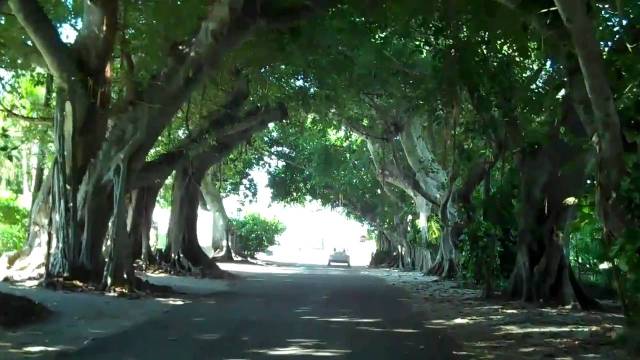 The church is not especially unique, but it’s simplicity strikes me as beautiful.

There is a certain piousness in the austerity of this setting. It feels simple and humble. As I studied the building, I was reminded of a church in Darien, Georgia that I am quite fond of. That one is surrounded by Spanish oaks, instead of palm trees. Take a look at it to see the striking similarities. I wonder how many other little gems there must be out there, built in this same time period, (1950’s) just waiting to be discovered.

I cannot leave without giving  Norm2.0 Thursday Door followers a close-up of the massive doors that open into this unassuming place of worship.

The interior is just as inviting and is the perfect place to be quiet and surrender the busyness of you mind. 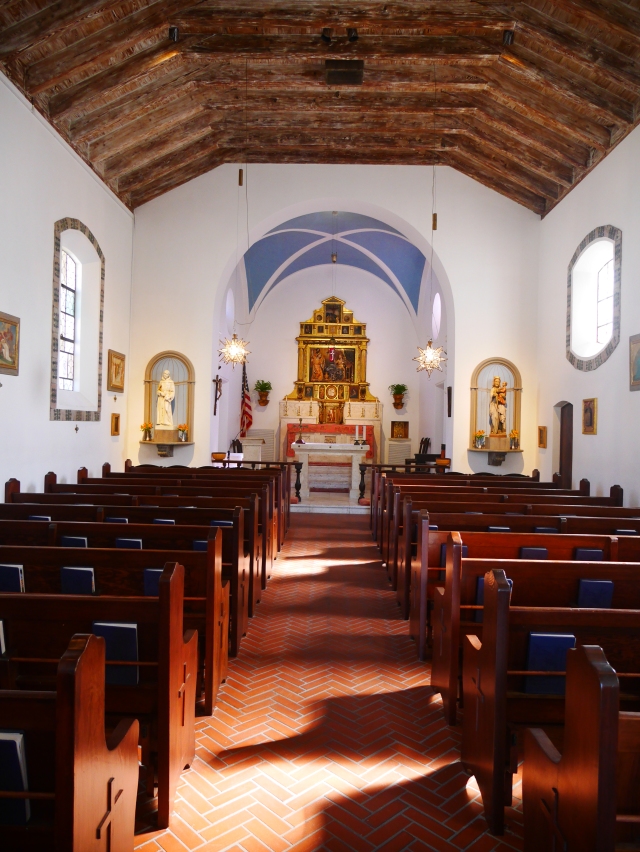 In fact, that can be said about the entire island. There is absolutely nothing assuming or pretentious about this place. Even with an average home price of 1.5M, the term “less is more” still applies. 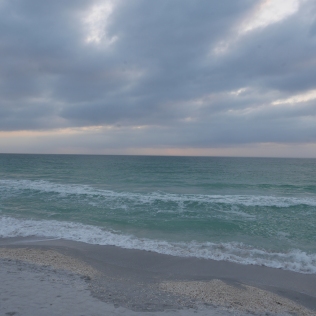 The Showers of Blessings

"Shootin' from the Hip Photography Tips"

A Day In The Life

A Canadian Perspective on Living in the Windy City!

Running and life: thoughts from a runner who has been around the block

the rambles of a hungry writer

Fab in Your Fifties

Encouraging women in their fifties to live in a meaningful way

A man with dyslexia writing about this and that and everything else!

Serenity is an Inside Job

Loving the Fifty Something

Loving the Fifty Something

A Hundred Years Ago

Valuing quiet and solitude in academe.

Write of the Middle
Jill Weatherholt

Writing Stories of Love, Faith and Happy Endings While Enjoying the Journey

Helping Women find a meaningingful lifestyle in MIdlife & Beyond

Travel - home and away and Chronic Illness's

Slow Walking Through our Golden Years with Faith, Family, Food, and Fun

A blog about midlife, travel, adventure - and all things in between

Photographs from my world.

Wandering around Georgia and beyond

But happily ... JT Twissel aka Jan

Roaming, at home and abroad

If you aren't living on the edge, you're taking up too much space